Here we are presented with a maze traversal game: 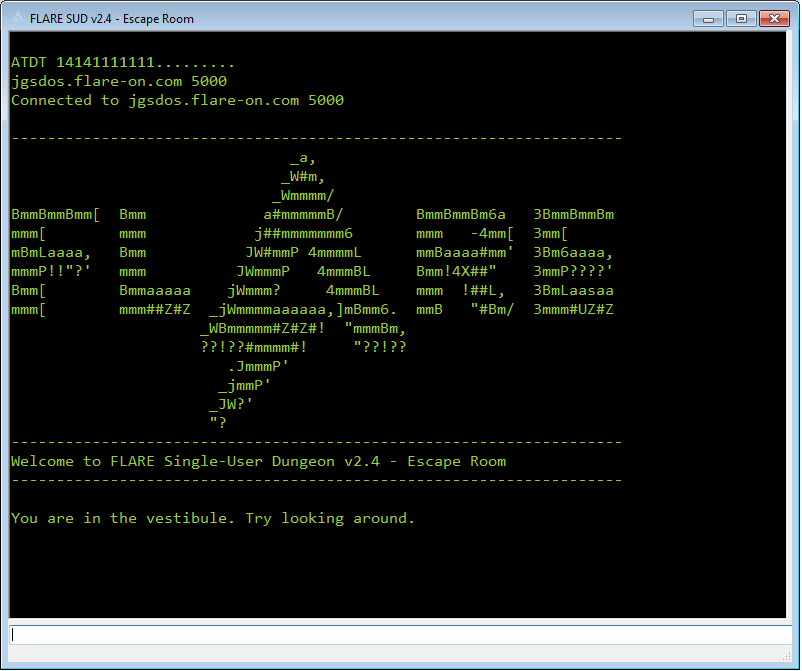 In the game we travel through Mandiant offices, examining different artifacts. In the East side of the office there is an endless maze of cubicles. As we later find out, by successfully traversing it we will decrypt the flag.

This challenge took me a long time because of all the wrong turns I took and the rabbit holes that I followed. I will describe the more straightforward way of analyzing it.

When we run the application we can take its memory dump using a tool like Sysinternals Process Explorer. If we search the dump for strings that we see in the maze screen we can find a PowerShell script that contains the application logic: 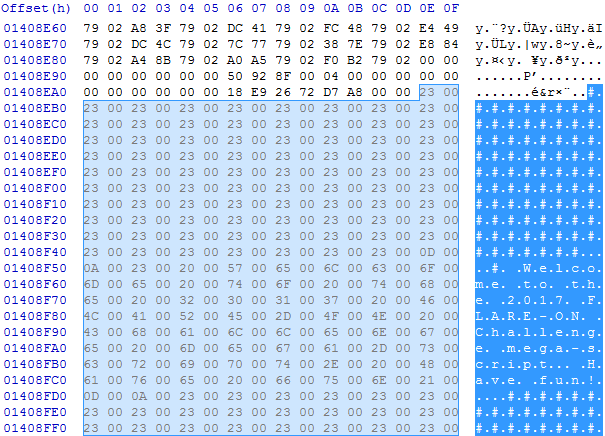 Let’s dump it out and study it: script.ps1

I made a few mistakes after analyzing the script. First I tried to bruteforce the steps through the maze, which quickly became unmanageable as the step sequence grew. rand() logic stumped me for a while because I didn’t notice the %6 pushed all the way to the right (sneaky!). Reversing the logic of the HTTP handler took a while and could have been avoided altogether. Generating a sequence of rand() numbers from MSVCRT did not work because the application did something to replace the MSVCRT of rand() (the numbers it generated did not match successful steps), and I didn’t have time to analyze the reason for discrepancy.

Here is an example of the first successful step (note the message from the key):

This is not a high-tech way of doing this, but it’s ok - within the next hour or so we will know the full sequence. Solving CTF challenges is not always about fully understanding the logic; luck, imagination, and bruteforcing are also involved.

When we know the full path through the maze we land back at the beginning and the following message is displayed:

When we talk to Kevin we get the following output: