Find the flag inside the binary

Glardomos is a .Net executable:

It requres flag as parameter and verifies it:

Upon closer look the executable seems to be obfuscated with the Confuser tool (as indicated by presence of attribute ConfusedByAttribute), which may have been further modified.

This challenge would be very tough to solve without a great debugger dnspy and deobfuscator de4dot. Even with them it is a lot of trial and error as neither of them seem to support removal of Confuser code out of the box.

The following sequence of steps worked: 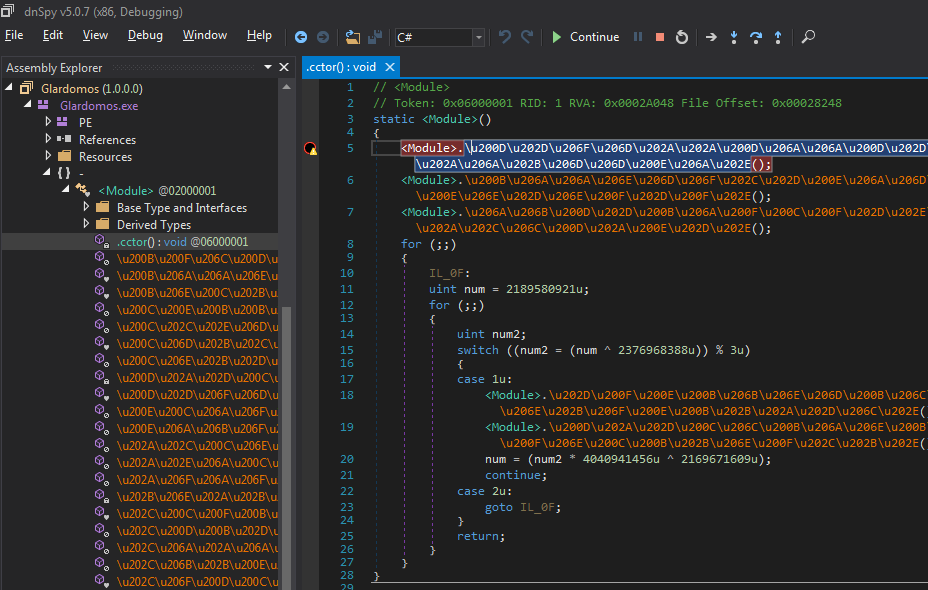